A recent article with the Greenock Telegraph reports on the proposed sale of a dilapidated church in Scotland.

By Mark Grantham –  11th January 2017
Formerly known as the Nelson Street E.U. Congregational Church, the proeprty will be offered with guide price of £77,500… 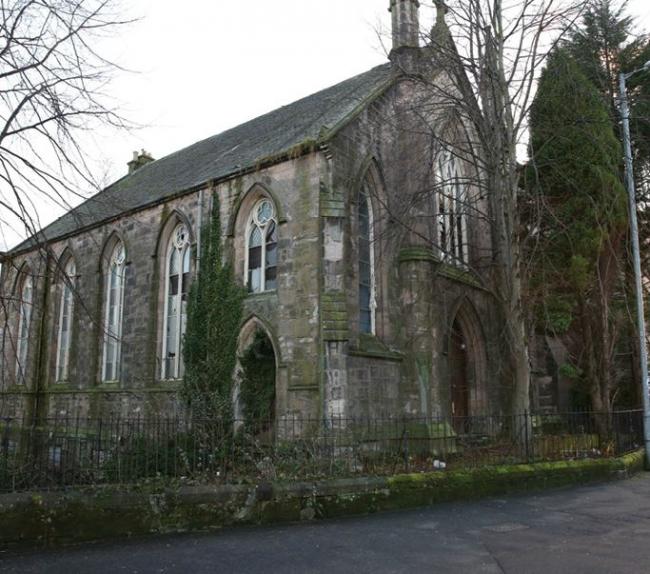 Church for sale at aucion: 15 Nelson Street, Greenock, PA15 1TT
The brochure states the following details about the property:

“Unique former church building occupying a prominent site within a popular residential area of Greenock, Inverclyde. Situated on the main drag to the town centre at Nelson street, built in the ‘Modern Movement’ late gothic style. The subjects comprise a main building accommodating the sanctuary and first floor viewing gallery, with two further buildings extending to the rear. A church hall, and kitchen/tea prep area is situated adjacent to the main Church building and a basement area beneath the main building accommodates ancillary storage and WC facilities. Internally the subjects are in a dilapidated state with significant refurbishment works required. The property benefits from many traditional features. The property would ideally suit redevelopment to a multitude of potential uses such as commercial, residential or leisure.”

The church closed some years ago and potential buyers are being warned that the church is in a state of disrepair.

According to the news article; in November, emergency services were called to the building after reports that the roof collapsed. A number of Scottish Fire and Rescue Service crews were sent as a precaution, including a major incident unit and heavy rescue team. A spokesman at the time said part of the hall roof at the rear of the building had caved in. 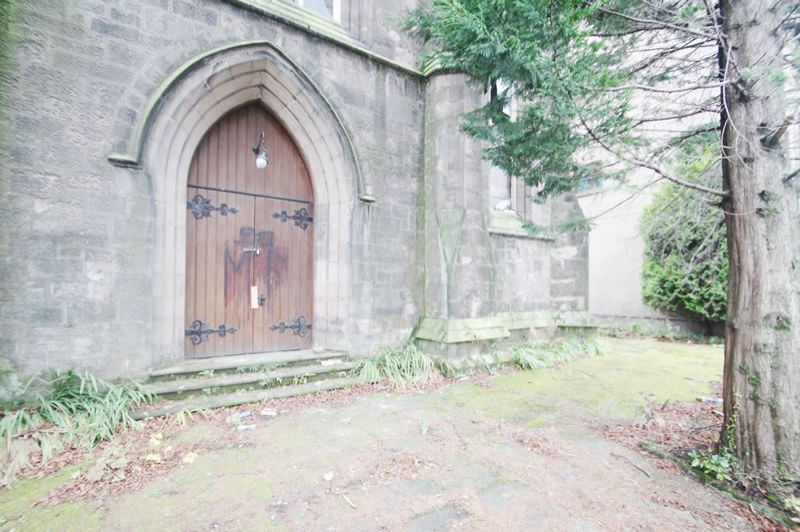 The church is described as being “ripe for development”
The church will be put under the hammer by Future Property Auctions at the Radisson Hotel in Glasgow in February.

More details of the lot are available here:

Call 0800 862 0206London Property Auction Dates May & June 2021 Thinking of selling your house or flat before the Summer? Check out the London property auction dates for May & June 2021, and request a free sale price estimate for your property.Call 0800 862...
Read More

COVID-19: Selling Your Home at Auction

What Price are Houses Selling for at Auction?

Call 0800 862 0206What price are houses selling for at auction in the UK? With almost all property market commentators predicting a crash in global property prices, you would think property buyers would wait for prices to fall before buying?But they’re not!Call 0800...
Read More

Sell a London Property at Auction in July 2020

Call 0800 862 0206Sell a London Property at Auction in July 2020 July is a very busy month for London property auctions; all 14 London auctioneers have an auction, and of course all are being held online due to COVID-19 social distancing restrictions. Call 0800 862...
Read More